A very special accommodation and truly authentic “Hoth experience.” Bring your own tauntaun or I can provide one for an additional fee.

One-time use only. The space itself is pretty tight, but is sure to keep you snug as a bug in a…larger, dead bug.

About the Host, Han Solo 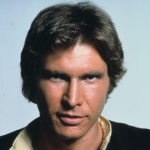 I’m captain of the Millennium Falcon (fastest ship in the galaxy). Happy to host and more than willing to discuss additional mutually beneficial arrangements at your discretion.